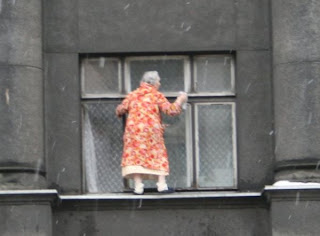 "Let us exhibit it instead as a cruel denunciation, as a painful testimony to the level at which the peoples of the world have been forced to limit their artistic creativity. The future, without doubt, will be with folk art, but then there will be no need to call it that, because nobody and nothing will any longer be able to again paralyze the creative spirit of the people.
Art will not disappear into nothingness; it will disappear into everything."


“The alienation of the spectator to the profit of the contemplated object is expressed in the following way: the more he contemplates the less he lives; the more he accepts recognizing himself in the dominant images of need, the less he understands his own existence and his own desires. The externality of the spectacle in relation to the active man appears in the fact that his own gestures are no longer his but those of another who represents him”
(Guy Debord)