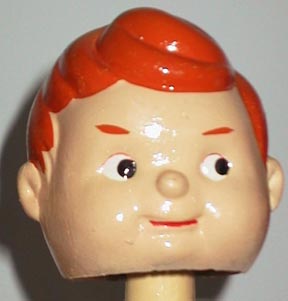 Communities have things done to them; they are seldom in charge of their own destiny. Sometimes it's quite difficult to work out who is really pulling the strings. The sources of power are often hidden and far away.

The disparity between donor and beneficiary exists on many levels: North/South; urban/rural; male/female; black/white; bourgeois/worker; West/Oriental; Christian/Islamic and so on.

Ideally the funding programme will have been informed by research with the oppressed community in order to ascertain their needs, and their priorities for change.

The reality is more likely to be guided by the donors’ existing scheme of values. Their ways of doing things. Their priorities. When we enforce an alien doctrine we do more harm than good. We deal with the wrong priorities. Our efforts, perhaps well-meaning, are misguided.

A recurring issue in the field of education and development work which is insufficiently documented is how certain scenarios and pressures cause us to deviate from the empowerment and participation strategies which have been demonstrated to work effectively. The possibility of successful work is compromised on a variety of levels and at different stages of a project. On a more global scale, the encompassing strategy may be flawed in the process of research, planning and development. For the community development worker there will be experiential issues of conscience and compromise, of fear and frustration, that do not make it into the final evaluation which often ends up being as neutral as is neutered.

The most common problem is the disjunction between the aspirations of the funding bodies and their target groups; the preoccupations of distant charities and remote trustees often have a poor fit with the lived experience on the ground.

Note that I’m not saying that the oppressed are silenced; just that smooth operators are skilled at speaking on their behalf. There is a necessary communication deficit when we talk through someone, rather than being liberated to speak for ourselves.

One example which I cam across recently was female genital mutilation. It is an issue which is being widely and rightly addressed by campaigners, support workers, help groups, and development education programmes worldwide. But Dr Augustin Hatar, a theatre education researcher, discovered that amongst the Barbaig, a nomadic ethnic group in Northern Tanzania, female genital mutilation was not an identified issue or priority for change. Friedrich Ebert Foundation (FES) had been using the participatory theatre methodology to sensitize women about their rights. Dr Hatar noted that

“The central themes of these previous experiences centered around issues such as domestic violence, girl education, property inheritance for women, HIV/AIDS and women, early and forced marriages as well as girl education.”

Meanwhile, HAWOCODA (Hanaang Women’s Counseling and Development Association) formed in 1993 had by 1999 recorded 388 cases related to women’s problems, including 115 cases for rape and 87 cases for domestic violence.

But from the villager’s perspective the first issue was reclaiming their grazing rights; levels of poverty; men pocketing sales of goats and cows and squandering the money gained on alcohol; men frequenting bars and consorting with women; acquired sexually transmitted diseases.

The women noted violence against them but also complained of their grinding poverty and excessively hard work. As Dr Hatar noted, “wife beating was an expected phenomenon. Not that it was seen to be good, but that it was seen as an ordinary event.” (15-16)

Education of females also required special consideration when considered from within the local social context:

“With regard to girl education, the community said that they saw no value from the end products of such schooling as instead those who went through school brought them enormous embarrassment and shame when they took jobs of “ washing dishes” for rich people.”

When you’re speaking on behalf of someone, or working for the donor, there’s a danger that you’re not meeting the needs of the ‘beneficiaries.’ You’re putting words into their mouths.