The Spectre of Philanthropy 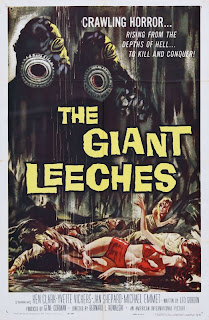 Is it surprizing that we are hearing more about the positive role of philanthropy? Is there a pro bono "for the public good" spectre lurking in the heart of every wealthy capitalist entrepreneur and successful business person?

What was it Oscar Wilde said? "Philanthropic people lose all sense of humanity. It is their distinguishing characteristic." He also said, "Philanthropy is the refuge of rich people who wish to annoy their fellow creatures." Today they are back in fashion and philanthropic spirits rule over our impoverished world.

If we are seeing  more philanthropy it does not seem to have made much of a difference, does it? And let's admit that even where the state has been rolled back and privatized, social investment by government outnumbers private donations by may hundreds of multiples. The Monster Philanthropy is a very big mouth clutching a very small purse.

Does philathropy have any role in social transformation?

The first factual point is that there has been a massive increase in inequality within the richest nations, and a widening gap between the richer and the poorer nations. Rising philanthropy has not had any effect on those terms.

Recent years have seen prosperous times for celebrities and for the super-wealthy; they have been disastrous for the majority :

in 2009 Wall Street traders managed to pay themselves $145 billion;

1% of Americans hold 50% of their nation's wealth;

The Reagan-Thatcher notion of the trickle-down effect of wealth from the top to the centre and base is just hocus-pocus. Politician rhymes magician? More sucked out than trickled down?

According to the CIA World Fact Book, the U.S. is ranked as the 42nd most unequal country in the world, with a Gini Coefficient of 45. That's worse than Egypt, Tunisia and Yemen, where protesters claim that inequality is one of the main reasons they're protesting.

That leads one to speculate (with ideas, not money) that we'll be seeing riots and revolution on the Streets of America.

Of course that's unlikely to happen as most people subscribe to the idealistic notion that you can get-rich- quick if you want to. The super-rich have been successful accumulators of wealth because they have provided us with a service which we freely bought. Oh, that notion of the evil capitalist, the parasite that sucks the pure blood of the ordinary worker, that is so nineteenth-century.

Our modern corporations, entrepreneurs and investors present a human face; some of them, indeed might be celebrated as angels of philanthropy. A more sober analysis is that capitalism, especially in its unmixed and unregulated form, perpetrates division and inequality, and then applies sticking plasters to its injuries and violations. You break a man's legs then hand him a crutch.

Your super-wealth generosity is celebrated by the peoples of the world as they cross the environment that you are bent on polluting and destroying. Don't worry, corporate social responsibility means that there will be an item in the accounts representing a token donation to an environmental charity. Please click our Facebook LIKE button now. We will be tracking your support. Efficiently.

A modest proposal - let's start to rethink the underlying causes of poverty and inequality rather than offering philanthropy-inspired top-down lessons in development goals, products and outcomes. Patronage is not Justice.

A modest calculation - how much philanthropy would be required to redress current levels of social injustice?

A modest question - how much human and planetary life is being destroyed by celebrity and super-wealth?

I came across a quote and a blog recently that set me thinking ... maybe we just need a better kind of philanthropy ... more efficient ... more business-like ...

' "In the philanthropic world, the problem is the product, in the business world, the product is the solution." says [Hoard Graham] Buffett, who argues that NGOs are forced to "sell suffering." The needless focus on sappy narratives often overlooks sophisticated solutions that can't be easily marketed with a T-shirt-clad celebrity holding a small child.'

Is there not something rather illusory about the philanthropic spectre?

If we are seeing a philanthropic revolution, will you be taking to the streets in its support? Or boarding a yacht? 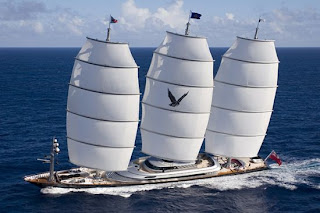