"Acting on behalf of ": the Arts of Compromised Documentary 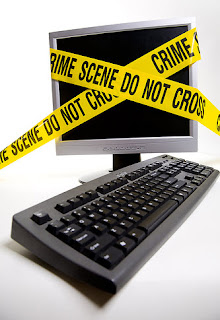 In a recent post I noted that the earliest documentaries had a rehearsed quality:

"... when Flaherty made his legendary film Nanook of the North: A Story Of Life and Love In the Actual Arctic (1922) he captured the hardship of the life there but presented it as though there had been no contact with Europeans, guns and gramophones; but these were 'primitives' who helped in the filming! It's a wonderful film and constructs a wonderful fiction out of community life."

Flaherty's work excites both admiration and indignation for its recreation and reconstruction of a lost world. Part of is success is its artistry - its artifice (a kind if cunning); its natural nobility that turns out to be a mode of artificiality.

Today we are perhaps more conscious than ever of the possibility of fakery and simulation. As inexpensive digital technology progresses it becomes more difficult to tell the difference between fact and fiction; simultaneously we suspect that there might be a difference from the 'reality' that is produced for us. We are all digital reality sceptics and believers now.

In community media and we aim to create a situation in which real historical persons can become effective social actors and communicators. What happens when we fall short of that objective? What happens when we become spokeswomen and men rather than letting folk speak for themselves?

Let me provide a parody which nonetheless has elements of truth in it. We all know what failure looks like!

We often find that there is a half-hearted effort to wrestle with stereotypes and cliches. Negatives are never a good starting point and are a poor way of finding a point of entry to the life blood of the community and the authentic pulse of individuals. The actors want to rescue the ordinary folk from their cliches.


So, what happens when artist-led groups and companies move toward acting on behalf of the communities that they seek or claim to emancipate?

They start, perhaps, with high hopes but then find that their living subjects don't match up to the standards of theatre-trained professionals.

Ordinary folk sense the gap and stop coming to workshops. They start to feel alienated. They start to ask questions about funding and artist rates of pay. They are not impressed with the answers. They lose faith in the potential impact of their work.

There is a reliance on a fixed repertoire of gestures and a deadening conventionality sets in. Peter Brook and many others have shown how deadening theatre can be. I explored the notion of dead film and dead theatre in an earlier blog. Please feel free to add your comments. I'm also a big admirer of the work of Augusto boal, and would merely note his rallying cry in the Preface to the Second Edition of  Games for Actors and Non-Actors "To see people without captions!" (5) and his statement that

In my view, ordinary folk - the oppressed majority - already spend most of their time acting and performing roles for other people. They constantly rehearse someone else's script, doled out by an unequal society that never sees them as more than expendable extras.

Too often we find that there is an attempt to dress the set rather than work with what is there already. Experiences become staged to fit the aims of the producer/director who really knows what will work best with audiences and what will satisfy commissioners and meet their expectations.

Mutual mistrust pervades the situation as actors doubt the competence of their subjects and the subjects feel that they are being ventriloquized by secret agendas.

Masquerade replaces social action. It's fun dressing up but nothing changes other than the depth of the hangover.


Real people then become little more than exploited research fodder to feed the social action research, or to meet the need to demonstrate creative qualitative evaluations. It's a a hollow form of engagement and damages genuine participation and emancipation.


The historical subject becomes little more than enthnographic victim in a new mode of salvage ethnography.

Real people are co-opted to support a management spectacle. Despite the apparent warm and feeling in the presentation, ordinary people morph into exotic creatures. Social action is replaced by still life and deadening portraiture.

In the long run myth making is very destructive. Idealizing the poor can be just as damaging as satirizing them.

From the artist side we have the danger of fiction, theatre, and lying.

But from the ethnographic and anthropological angle we run the risk of neutral narration that masks bias; the promise of a transparent social scientific reality that it cannot perform. Both approaches run risks, and in my parody, the situation starts to look bleak.

Perhaps we need to re-think what we mean by 'compromised'. In one sense we have the notion of failure. A compromised situation is one which is ethically tainted or professionally tarnished. But perhaps we need to think of 'compromised' as the beginning of a negotiation, something multi-voiced. Compromised as a conversation, a dialogue, and a process, rather than a finished product and a pre-packaged community. But that would mean rethinking models of production and consumption. It's a big task.

To return to the Eskimo, it was John Grierson, a Flaherty admirer who noted the dangers of romanticism in his approach to a noble but lost world:

"Consider the problem of the Eskimo ... His clothes and blankets most often come from Manchester, supplied by a department store in Winnepeg ... They listen to fur prices over the radio, and are subjected to fast operations of commercial opportunists flying in from New York."

Is there an authentic true self, an organic living community, or simply a process of myth-making that commercial cinema satisfies? Our unstable transnational, globalized world clearly presents issues and opportunities for artists and ethnographers, for social actors and for political emancipation.

I'm currently writing a new essay on how to save people from artists and ethnographers, and wondering if there are components of 'acting on behalf of' - as agents of change - that we might choose to rescue. I'll be trying to see the other side of the views expressed above.

Drop me a line if you have any ideas on that ...

Dr Ian McCormick is the author of The Art of Connection: the Social Life of Sentences
(2013) Also available on Kindle, or to download.

Also worth a look: The PhD Roadmap: A Guide to Successful Submission of your Dissertation / Thesis.