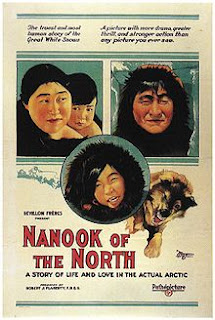 Does documentary have to be gritty, harsh and real?

Is there a space for romance and poetry in community film productions?

Writing on Documentary and Non Fiction Films in Pakistan, Sarwar Mushtaq has asserted that

Internationally, non fiction has already made its place in the mainstream marketplace, and is slowly occupying greater space. In Pakistan, we are catching up, getting both inspiration and encouragement from the global film landscape. Of course it helps that we are also finally moving away from the classic image of the Pakistani documentary as the visual of a man and his ox ploughing the field while a flute from PIA inflight music plays in the background.

The last point is an important one for it points to the danger of turning to romance and the picturesque as a way of portraying one's land and one's people. It involves a beautification and hollow myth-making that builds frames within frames of unreality. There is an ox. There is a plough. But that is not the only truth about life in contemporary Pakistan. It's also the familiar problem of wanting to be a non-tourist tourist. You might be a superior, perhaps relatively more sustainable tourist, but you're still the outsider breaking in; and you're not the first. Your presence inescapably makes a difference. The Observer shifts /changes /affects the structure of the observed

Now perhaps you will say that I'm sounding like a sour old anti-romantic. Not at all. There is a place for the representation of the nobility of ordinary folk; for their suffering, their poverty and their struggles; and there is space for the splendour and sublimity of landscapes no matter how far they are threatened by unnatural disasters and economic exploitation.

When I visited Nepal in 2007 I was struck by the outstanding beauty of the country. When I showed my guides and porters some of my film footage and photographs from the first week of the mountain trek they were struck by the technology of the camcorder but surprized also that I had not screened out a motorbike here and an electricity pylon there. For me Nepal was a real nation, and one in transition, like it or not.

In old-fashioned development and charity circles you sponsor a sack of rice and a goat, rather than a satellite TV, mobile phone, laptop, or DVD player. The poor, on this view, do not want what we want. Their desire for material advantage must be illusory. We have tried it. It does not work. Our prosperity makes us poor. Therefore, the undeveloped are rich in their poverty. They do not yet know it. Conservation always runs the risk of becoming the protection of an idealized version of a lost utopia. Our development and charitable activities are constantly prone to fantasy and misguided projection. Secretly we want the poor to stay where they are: picturesque in their poverty.

Our frames of reference are limited and exclusionary, and we screen out unsavoury realities. In the films we make, from that position, our screen becomes a film - a foggy veil of perception. It's a opportunity for hollow romance.

You may recall that when Flaherty made his legendary film Nanook of the North: A Story Of Life and Love In the Actual Arctic (1922) he captured the hardship of the life there but presented it as though there had been no contact with Europeans, guns and gramophones; but these were 'primitives' who helped in the filming! It's a wonderful film and constructs a wonderful fiction out of community life.

Visiting a forest tribe in a sustainable eco-village in Laos, again in 2007, we were shocked at times by the burnt landscapes, deforestation and road construction. When we spoke to the village chief he had one request for us to send to his government - to make the road come through his village so that they could enjoy wealth, prosperity and progress. No charm for him in crushing rural poverty or a poetics of romanticized noble savages! Typically the capitalist "West" - the global "North" - want an assurance of progressive technology that they deny to other nations and peoples. Better that the poor and underdeveloped remain in their fossilized culture - an anthropological museum within a museum of primitive and marvelous romance.

In the cinéma vérité tradition we avoid such staging of anthropological museums, of course, but my point is that we are still prone to outmoded forms of romance and a poetry of cliche.  And let's not forget that in mortal hands the cinéma vérité slavery is often a prison-house of unimaginative flatness and tedium.

Community film making can be time consuming because the participants and/or the film production crew fall back on the easy business of fulfilling expectations rather than interrogating them. In my view, Quality depends precisely on finding the revelatory moments lurking just beneath the surface. Quality is a truth to community and when you come across it you'll have your poetry, and your romance, and a profound sensitivity to the real.