If the World were a Global Village ... 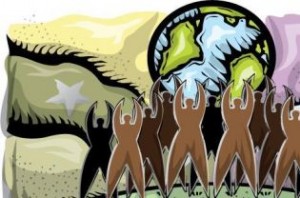 If we could shrink the earth's population to a village of 100 people, with all the existing human ratios remaining the same, there would be

6 people would possess 59% of the entire world's wealth
and all 6 would be from the United States.