Reflections on social media and 'anarchy' in Birmingham 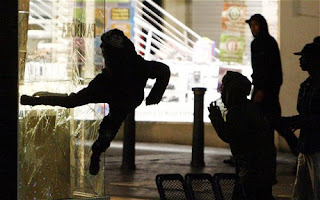 The dark forces of Anarchy? A silhouette of revolution? A nation of shopkeepers (and their looters)? 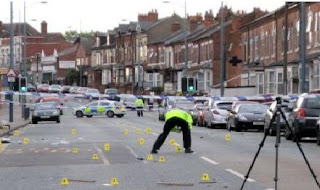 
Following the riots that occurred in towns and cities across England between 6 and 10 August 2011, the Prime Minister, Deputy Prime Minister and Leader of the Official Opposition established the Riots Communities and Victims Panel and asked it to consider:


What this blog said at the time:

Already social media is the inflammatory villain. Blackberry is being blamed for the circulation of encrypted messages. Youth are spending less time watching TV and playing games; more time on social media. In other parts of the world we've been celebrating social media as a way of defending human rights. Now social media are the plaything of what the Daily Mail has called feral children.

News reports also hinted at Socialist Workers in Tottenham in London and there have also been anecdotal reports broadcast on the BBC of 'anarchists' coming in from outside.

For what it's worth I suspect that none of the looters could even spell anarchy, let alone understand the difference between a theoretical dispute about hierarchy and the reality of violent chaos on the streets. And it's clear from this morning's media reports that mob rule and anarchy will increasingly be the terms of reference as horror and disgust displace the opportunity for constructive reflection on the causes of the night's events.

The Daily Mail is already pointing to the role of vigilantes, to protect property. It's a sober lesson in civil misrule that 6,000 police officers are altogether incapable of policing violent action across the capital city.

On the same day that Jeremy Hunt seeks to launch his rather traditional model of  "Local TV" it was also instructive to observe the coverage of recent happenings in London, Birmingham, Bristol and Liverpool.


The main national  BBC coverage simply recycled stock footage of burning buildings in London, often viewed from the safety and distance of a helicopter. It was shocking to see a google map which actually collated the full extent of the twenty or more violent outbursts across "greater" London. BBC did not offer a London-wide map which would have shown the shocking extent of the troubles.

We were conscious that far more was happening in my home city, Birmingham, which was not being reported.

As I write (7.30am) BBC R4 are talking about lack of police on the ground.

(They've also got an item on national Radio 4 (12 million listeners), reporting that R4 is a deterrent to foxes, with an interview ...  And coverage of collapsing stock markets across the world.)

Let's rather talk about the lack of BBC coverage 'on the ground'. Birmingham West Midlands radio was able to offer some coverage, and to filter some eyewitness accounts. I'm disappointed to say that Sky appeared to be offering better on-the-spot reporting than the BBC.

But for the news of what was happening Twitter was the only source of (mis)information. Most frequent updates appeared to be using #birminghamriots. I'd estimate that there were at least 15,000 tweets covering events in the evening and early morning. Let's be clear: social media was covering events, not creating them.

There was little attempt to explain what was happening. The majority view appeared to be opportunistic looting, with a minority suggesting that disaffected youth were making a statement against social exclusion and policing styles.

Generally there was disbelief that all the coverage was dominated by London; and at how long it took national media to catch up with a world outside London. The reporters, like the political commentators were clearly on holiday, with the notable exception of the former mayor of London who stated that we should seek to understand the reasons for the disaffection of youth that led them to take to the streets. Early national newspaper reports suggest that mob and yob rule will dominate the agenda.

The general sense of the night was the inability of officials to cope with events. Even for reporters 'on the ground' a recurring story was invisibility of the police, often 90 minutes or more after events were reported on Twitter. As the police moved in the rioters and looters had clearly moved on.

What were the tweets saying? There was lots of falsified information which a heavy weight of twitter traffic served to correct. Frequent untrue reports hinted at riots moving to Kings Heath. Many reports deplored an attack on the Birmingham Children's Hospital which did not happen. We also saw # being used for Chapeltown Leeds and #manchesterriots as though to advertise what had not yet occurred. But twitter was ahead of the news coverage on reporting in Liverpool and Bristol. I doubt whether it cause it.

Twitter coverage was divided between a minority of eye-witness accounts of where trouble was happening or not. Many tweets served to confirm which areas were peaceful. Many tweets deplored the events or expressed disbelief. A minority called for firmer action such as the introduction of the army to support the police, who clearly could not deal with more than support for other emergency services dealing with fires.

With Twitter it was fairly effective knowing which shops had been looted, with links to photographic and film evidence of youths looting (in Sainsbury's). One blog had a good selection of coverage and offered some late night reflections too.

Reporters and tweets suggested that many people were enjoying the events, with people turning out as observers and getting in the way as by-standers. A comic vein persisted throughout the night with mock-photos of looted bags of rice and people saying they had seen a friend's mother looting Aldi. As the night wore on 2am saw #birminghamriots being colonised and clogged up by links to pornography. People have no shame. 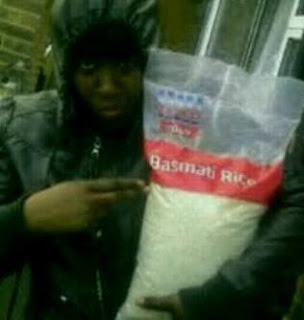 The notion that all the trouble was caused by children, and calls for parents to phone their children, belied the fact that most of the looting appeared to be perpetrated by young adults. I'm hearing that large gatherings of people such as football matches are being cancelled. Mass gatherings are clearly not a good idea in the present climate.

Taking the overload of information, together with the reality of trouble on so many fronts, and so fluid, it is unsurprising that a police force already suffering a lack of adequate resources was barely able to cope with the night's events. We live in fear for of further trouble tonight. This morning it's just a mess everywhere.

Last night we needed Batman, now we need the Wombles.

Would we have had better coverage on #localtv ? Actually, the reporting of events as they happened fell to the citizen reporting in social media. So far it's doing a far better job than the licensed media.

Back to the foxes on Radio 4.

Their coverage really does serve as a deterrent.

The solution was there all the time. 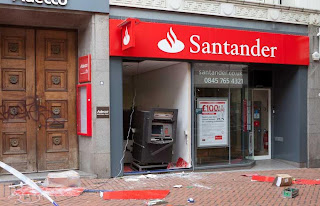