Living together: combining diversity and freedom in 21st-century Europe 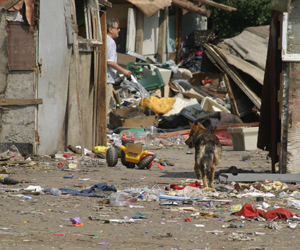 Living together: combining diversity and freedom in 21st-century Europe
(Report of the Group of Eminent Persons of the Council of Europe)
The authors call on the Council of Europe to launch a diversity co-production fund which would “support films and documentaries highlighting the culturally diverse dimensions of today’s European societies, in such a way as to complement existing national initiatives in this field.” (62)
They further call on member states
to ensure that media literacy programmes are included as a core element in school curricula, and that children and young people are alerted to expressions motivated by racist, xenophobic and anti-Semitic or other related bias which they may encounter on the Internet. (62)
Member states should also make sure that
law enforcement officers and prosecutors are trained to deal with similarly motivated hate crimes on the Internet, and work with the Internet industry to encourage it to take a more active role in addressing this issue. (62)
The report has adopted the words "Diversity" and "freedom" rather than the controversial word "multi-cultural" which is apparently under challenge in Great Britain, France and German.
The Report in Summary:
What are the risks and how serious are they?
1. Rising intolerance
2. Rising support for xenophobic and populist
3. Discrimination
4. The presence of a population virtually without
5. Parallel societies
6. Islamic extremism
7. Loss of democratic freedoms
8. A possible clash between “religious freedom” and freedom of expression
What is behind these risks?
1. Insecurity
2. Immigration
3. Distorted image of minorities in the media and harmful stereotypes
4. Crisis of leadership
Main actors for change are
1. Educators
2. Mass media
3. Employers and trade unions
4. Civil society
5. Churches and religious groups
6. Celebrities and “role models
7. Towns and cities
8. Member states
9. European and international institutions
There are 17 strategic recommendations and 32 specific recommendations.
You can find the full report here.