Cult Auteur Film Directors: A 14-point toolkit for your career 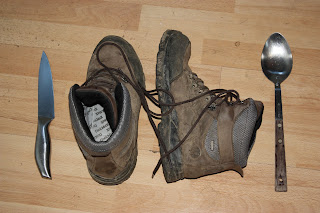 1. The auteur typically employs multiple perspectives on the same scene. This approach will enable the auteur to transform a short story into a film of epic proportions. The auteur characteristically demonstrates disregard for linear plotting. For the auteur Repetition is at the core of Deconstruction.

2. The auteur prefers grainy features to suggest the archaic; s/he prefers black and white to colour. The auteur composes lyrical essays on the lure of the silent film era; employs super 8 film, and cuts up video tapes using a manual process. At the other extreme, the auteur films his homage to Battleship Potemkin (1925) using only mobile cell-phones and skateboards.

3. The self-presentation of the auteur in interview situations is a form of self-preservation.

There are two starting positions that should be adhered to without irony:

(b) subhuman grunts and shrugs predominate; a demeanour of whimsical indifference to any form of aesthetic responsibility or ownership.

4. For dialogue many auteurs take Harold Pinter as their master. Gaps between inconsequential dialogue are essential. In mainstream populist cinema dialogue carries the plot. For the auteur dialogue is best conceived as symptomatic of a consumerist approach based on wish-fulfilment. (A psychoanalytic mirror to the infant's fort-da games). Long silences support a morbid focus on the grim, brutalist cinematography.

5. Participate in an auteur tradition but proclaim that your work has been misunderstood. You may not have a name but you do have a heritage. Oblique references to Godard, Truffaut and Lars 'von' Trier are de rigeur. At least one of your early films will be a tribute to Alain Resnais' Last Year at Marienbad (1961), or potato-peeling from Chantal Akerman's Jeanne Dielman, 23 Quai du Commerce, 1080 Bruxelles (1976).

6. Actors in auteur directed films are untrained. Acting will be self-consciously uneven, mechanical, contradictory, or improvisational. Nay, let the actors pay for the privilege to be participants in your chef d'oeuvre.

7. A shadowy Gothick look is recommended in the lighting of auteur films. Slow fade or burn sepia-tinted family photographs. Unlight scenes in order to heighten a vague sense of imminent peril.

8. Play with pitch in your sound scape. Sound in auteur film hurts. Auteurs amplify banal sounds of everyday life. Sounds played at 1/50th of their actual speed are a sure-footed route to that essential sense of Gothick nihilism and horrific erasure.

9. Plot - either avoid this bourgeois element altogether or present multiple strands in a tangled loop. A bowl of well-dressed Spaghetti best visualises the complexity of plot.

10. If the auteur employs music, she or he will be aiming for dramatic contrast. Think foul-mouthed punk-rock for historic or heritage films; baroque or medieval plainchant for modernist scenes of gritty and brutalist realism.

11. For the auteur director, film theory is always to be preferred to film practice. Recall the specific danger involved in making a film, and prefer rather to expound the complexity of film as ideological state apparatus.

12. The auteur hints at irritation with cheap imitations of his or her work.

13. The auteur fiercely attacks the quasi-independence of fellow-film-makers. Clearly they have sold out to the market.

14. The auteur only attends independent film festivals in order to denounce them. The auteur must stage a walk-out in protest at the corporate degeneracy and/or indifferent malaise of the contemporary film industry.


© Dr Ian McCormick. But please do contact me if you want to use the TEXT of this article as a guest post on your blog. With attribution offered I seldom refuse!