Participatory Video - the role of the Trainer and the Researcher

This one week taught me so much about doing Participatory Video, as a researcher. Going in, I never thought, it will be as tough – negotiating the thin line between Namita Singh, the trainer, and Namita Singh, the researcher. The former being my role throughout my working life prior to my PhD, the latter, I am supposed to strictly adhere to, so as not to lose sight and data, while I am at it.

Every bit is important. Every bit might have some key, some vital insight – a hidden answer to my research questions – some serious business, this!

I had wanted to use PV in my research, as I wanted to work with a method that the participants would be very comfortable with. Since both the groups I am doing my research with, have been doing PV for more than three years, it seemed like the most apt method for my research. They know the technique, they are already experts in what they know, and they do make films…

I thought, what better than PV, in such a case. It was a rather uncomplicated decision for me. So I discussed the possibility of doing PV as a part of my research with the organisation.

It was a definitive ‘yes’… The participating girls were really excited about it too. Then came the little request from them, ‘Why don’t you train us a bit too, while we make this video for the research? We could learn some more’.

Tricky! How could I say no?

They are giving me their time for my research. They are participating in it. They just want to learn a bit more, while being a part of it. On the other hand, it is a research, I did not want to compromise on my data-collection, while trying to train them and mixing up two very different things.

Would research be research, if things did not complicate themselves?

So I put my dilemma aside, and thought, ‘Well, I could probably design the video-making in a workshop-format. I have done this as a trainer, as it is an extremely participatory process. I can do the same, as a researcher too.

It was not as easy as it seemed. There are things I did as a trainer, which I could not as a researcher, and vice-versa…..

Namita Singh, the trainer, has been used to negotiations – between the participants’ agenda and the organisation’s or that of the funders’. Being on the middle ground, as a trainer, it was always difficult to take a position, but I still had the option of choosing one or the other. But, there could never be any of ‘my agenda’.

(I had even been told off once, for calling the community ‘my community’, and asked by one of the organisations involved, to stick to the plan!).

Choosing the participants’ agenda here, would have meant, making this video to showcase their work. Something they could show to their community, other NGOs…

So I kept looking to balance it out, so that, while they make such a video, I get my data. While discussing the concept of the video, it did take me a lot to not keep pushing my agenda, and negotiate with them on the content of the video.

Fair negotiation… is always a tough task! Research taught me…

The production side of things brought out the other part of the urge to control – the urge to make them use the tripod, the urge of taking the camera in my hand to frame a new kind of shot for them, the urge to set the pace of the video in the edit…

Namita Singh, the trainer, after all, has had trained participants in making videos – scripting, shooting, editing…the works!

Participants were trained for months to shoot good quality video. They had to learn the nuances of good editing. The video had to look good. There is a norm of what ‘good’ means.

But Namita Singh, the researcher, even with all her training skills? It was clear to me before we began making the video that my prime objective is the research, and I could not lose sight of it. I had to give up my notion of a technically perfect video. I had to keep reminding myself that it does not matter here.

I decided, I would not compromise on their wish to learn more though. Instead, I would attempt to make the entire process an experience, without interfering with the technical stuff…

Falling into the trap of a norm is always such an easy one! The research made me understand…

For Namita Singh, the researcher, the dissemination of this video would be of the research kind – used as part of the thesis. Probably show it in some conference. Maybe use it in some other research, or with other research participants for… Namita Singh, the trainer, of course, gets reminded, there’s another here, that would be of the organisational kind.

They will screen it in communities. They’ll show it to other NGOs. They’ll probably use it to pitch to funders.

There was a suggestion from their coordinator, that they can make the video in English. It’ll make an impact on the NGOs, and the funders.

That would make a useful point in my research as well – the confidence of the girls and how far they have come.

They are not just making a video, but making it in English. In most of the communities in India, it is a sort of a statement to be able to speak in English.

But the girls pointed out, ‘Our communities don’t know English. They’ll not understand what we are saying. Even if we put subtitles, they don’t know how to read. Those who know English can read. So let only the subtitles be in English’.

The girls were sensitive about their community, and vocal about it too.

As a trainer, the focus was always to respond to such needs of the community. In fact, use of local words, encouraging local songs, etc. was an integral part of the process. After all, for them, it was for the local community that was to engage with the video more.

My ‘audience’, as a researcher had changed. I was sensitive to the needs of those. Here, it was not for the needs of any other.

An alteration of sight on certain aspects can, and do happen! This research just taught me to be aware of, how and what.

The week ended with both the participants and me feeling happy. They said, ‘We love our video’, and smiled at me. I smiled back. ‘We liked it this week…come again.’, as I was leaving.
I will be going again, ready to learn some more.
charity cinema collaborative creativity digital film nonprofit participatory radical third cinema video

18 Advantages of visual auto-ethnography for research 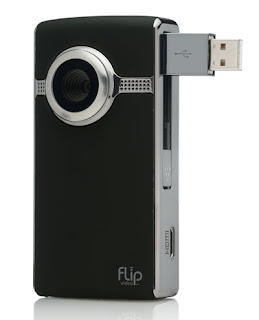 Video is now cheap and omni-present What is it? Visual auto-ethnography is a form of participant -authored audio-visual storytelling. Still confused? Think video diary and you're almost there. In recent years the availability of more affordable camcorders has meant that researchers and participants can engage in more effective research. Real examples of practical use of video In recent projects I have used flip cameras with participants from ethnic minority communities who were recording their experience of  adult learning as enrichment. In another project we used more expensive cameras in a health setting in order to examine what the priorities were for service users. The footage has had multiple benefits and we continue to develop the use of visual technologies and methodologies: to empower and support the participation of service users and clients; to provide evidence and documentation of outputs and project delivery; to support the creative personalization
Read more