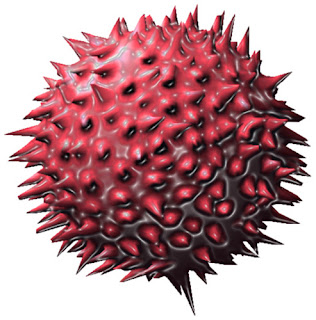 Viral videos are short films that reach hundreds of thousands of viewings and attract thousands of comments in a period of days, weeks, or months. Some viral videos are products of creative individuals; others spring from the corporate advertising machine which is worth $700 billion annually.

Some are just fun and others aim to influence us in an open, or in a more covert, or secret fashion.

A few viral videos have been products of chance, chaos theory scenarios, or a tipping point. Their sudden transnational popularity comes as a shock to their makers. But there are many common features and many unexpected success stories. I have recently made a study of the subject. Here are my findings

1. Law of Shortness. Most people switch off after 3 minutes. Brevity is the soul of wit. People want to watch something that they can get through while drinking a cup of tea or coffee. However, some of the longer running conspiracy theory or environmental films have reached a large and dedicated audience of millions and continue to maintain their relevance.

2. Law of Topicality. A spoof on the Olympics, a talent show final, or a major political event, will tie in with or correspond to what millions of people are already talking about.

3. Law of Relevance. Does the topic of the video relate to a common hobby or  human interest such as money, family, love, sex, success, sport, animals ... ?

4. Law of Usefulness. These are videos in the How to Category. How to sack your boss in 3 moves...and make a million dollars in three days ... while sleeping on a beach in Thailand.

5. Law of Parody, Humor and Laughter. We seldom watch preaching or didactic films. Viral videos are a joyful entry into a carnivalesque universe. Bottoms up.

6. Law of Soundtrack. Humans find music appealing and catchy. A great soundtrack, or one that collides music and content effectively, is a great asset in any viral video.

8. Law of Intrigue. Arouse curiosity. Don't give everything away in the first half of your film. Surprise endings are good. In the case of monster and horror films you always see the track and the claw, the curious part, before the Thing Itself is revealed.

9. Law of Fabrication. Viral Videos can be works of art and fiction. You do not need to tell the truth or copy from reality, whatever that is. Life is constructed. Find that magic quality. Learn to be a Trickster

10. Law of Sincerity. This Law appears to contradict the Law of Fabrication. But even fiction needs to appear lifelike, or to resonate with human concerns. The notion that your film might have actually happened, or the idea that someone really cares, or that you have managed to show a true side of human nature, all of these have an appeal for many viewers.

11. Law of Spontaneity. People like creative surprises and something that cuts through the tired cliches and the boredom of everyday existence. The eleventh Law is the most difficult to comprehend because it undermines the notion that there are defining rules, laws and conventions that will guarantee success. This law is perhaps the moment of inspiration and pure genius. It looks effortless, takes years to achieve, and is very elusive.

You will not find the Eleventh Law in a school, or in a blog. It is within you.

Having looked at some examples of the most popular films in this genre you may be forgiven for deciding that this form of video is not for you. And why worry about superstar status?

But your video may go viral when you are least expecting it! (Beware?)


© Dr Ian McCormick. But please do contact me if you want to use the TEXT of this article as a guest post on your blog. With attribution offered I seldom refuse! Drop me a line.
community digital film global Guide local media nonprofit participatory postcolonial radical third sector video viral