Collaboration, Art, and the Discourses of Participatory Film 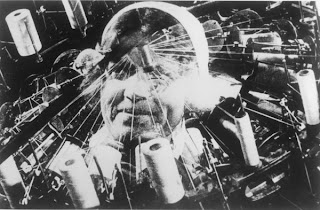 Collaboration, Art, and the Discourses of Participatory Film

The discussion of collaborative approaches to making films has moved into prime position during the last year. It’s a very healthy situation for community-led film makers and bodes well for the future role of digital arts and participatory democracy. At last we have some worthy examples of theory, technology and practice working together in a creative fashion.

The BBC has recently featured a news item on an innovative collaborative film project to be called My Streets. The project has major establishment backers, and is perhaps another example of popular participation filtered through selective curators. The patchwork is a familiar model for the community portrait. Recurring themes will perhaps oscillate with chance collisions in the manner of collage.

We can celebrate the flickering poetry of surprise in the global 24 hour project Life in a Day which saw thousands of collaborators generate a feature length film curated by Kevin McDonald:

“I don't think this will take over all film-making or documentaries but it's an area of real interest. It's new and made possible by technology and the internet and the ability it gives you to communicate and upload things. It's uncharted territory. Life in a Day is a unique film and I think it will resonate with people who spend their lives on the internet and feel the sense of connection that the internet gives you.”

But mixing and matching and mashing do not need to confine themselves itself to the contemporary. Although Christian Marclay’s The Clock does function as a 24 hour clock, it is welded together from fragmentary moments in cinema when time is displayed on screen. Accordingly by a seemingly superhuman effort, the film is composed of thousands of fragments. The complex editing then creates the appearance of a flow in real time. The result is a pleasurable jarring and joining of contemporaneity and historicity. It’s as posthuman and postmodern as it’s humanistic and modernist. It’s a triumph of poetry over triviality.

One final example shows how a great film from the Soviet era can be folded into participatory engagement with our contemporary film makers. I speak of course of Man With a Movie Camera: The Global Remake. As their website explains, the film is

“a participatory video shot by people around the world who are invited to record images interpreting the original script of Vertov’s Man With A Movie Camera and upload them to this site. Software developed specifically for this project archives, sequences and streams the submissions as a film. Anyone can upload footage. When the work streams your contribution becomes part of a worldwide montage, in Vertov’s terms the ‘decoding of life as it is’.”

The film plays on oppositions and paradoxes; it is intrigue and entertainment. As Marclay says, ‘If I asked you to watch a clock tick, you would get bored quickly, but there is enough action in this film to keep you entertained, so you forget the time, but then you’re constantly reminded of it.’

Are these participatory and collaborative films the forerunners of a future based more on community and less on the selfish ego? Is there, daringly, or momentarily, a re-enchantment of the everyday through a rediscovery of the local and a witty and subversive remaking of the global?

But not everyone is positive. A school of writers is emerging that is broadly cynical about the social media networking movement. There are some common themes adopted by the critics of Web 2.0 as well as the progressive evangelists (real and constructed). In my next blog I will be discussing some of the recurring themes. We shall be taking an irreverent look at some of the cynical, cautionary, and dystopian approaches and I will attempt to given them a fair hearing.

Common rhetorical strategies for opposing Web 2.0 and proposing a model of cultural decline will be the subject of my next blog.