Diminishing Returns and the Broken Promise of Participation 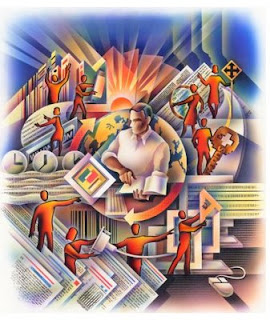 In this blog I offer thirty-one critical responses to the current fashion for participatory projects and methodologies. While my main focus is grounded in playing devil’s advocate to the evangelical exponents of participatory video, I am very open to being shot down - or at least engaged - in counter-dialogues. (Either through the comments section below, or privately by email). Please attribute all quotations from this unpaid work. It is my life.

Please also excuse the rhetorical tendency to exaggerate; I’m not using this blog to craft a highly nuanced critical essay.In other work I have addressed problems with, and potential solutions to collaborative models of work.

Also, I’m still working through a projection of what comes after the promise of participation...


Dr Ian McCormick is the author of The Art of Connection: the Social Life of Sentences
(Quibble Academic, 2013)

Problems with Conceptualisation of Social Capital

As identified above, the conceptualization of social capital is the biggest challenge facing proponents of the theory. At present there is a lack of rigorous conceptualization of social capital (Krishna and Uphoff 2002). Lin, Cook et al (2001, p. 58) identified that there is a 'danger that we may reach a point where the term might be used in whatever way it suits the purpose at hand, and thus be rendered meaningless as a scientific concept that must meet the rigorous demands of theoretical and research validity and reliability'. Fine (1999) pointed out that social capital is taking over explanations of economic development, growth, and prosperity, he also suggest that social capital had other possibilities before being turned against the other social sciences by economics (Fevre 2000).  Hean, Cowley et al (2003) made the observation that the accumulation of literature on social capital has begun to obscure the understanding of the concept. The inappropriate measurement techniques that have been implemented have caused problems for understanding social capital at the conceptual level and led to debate over whether the concept is relevant or appropriate (Stone 2001). Or as McHugh and Prasetyo (2002, p. 1) put it, 'the proliferation of competing definitions, analytical methods and applications associated with the term is perhaps only dwarfed in volume by the literature critical of its theoretical ambiguity, ambitious conceptual scope, and practical over-versatility'. 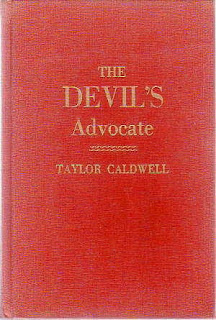 © Dr Ian McCormick. But please do contact me if you want to use this article as a guest post on your blog.

Dr Ian McCormick is the author of The Art of Connection: the Social Life of Sentences
(Quibble Academic, 2013)
Further Reading

Blond, P. (2010) Red Tory: How Left and Right have broken Britain and how we can fix it. London, Faber and Faber.

Giddens, A. (1991) Modernity and Self-Identity: Self and Society in the Late Modern
Age Cambridge, Polity Press / Basil Blackwell.

Giddens, A. (1991) The consequences of modernity. California, Stanford University
Press.

Goffman, E. (1990) The presentation of self in everyday life. Harmondsworth, Penguin

Habermas, J. (1989) The Structural Transformation of the Public Sphere: An inquiry into a Category of Bourgeois Society. Cambridge, Polity Press.