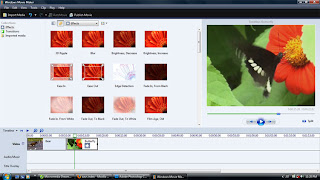 This blog examines problems and solutions for collaborative or participatory film editing.  I will be arguing that the time and resources spent on a loving and caring editing of the material filmed is a mark of respect for the community participants.

I'm saying that we need to value the detailed impact of micro-changes in film editing - it's part of the media butterfly effect.

Helpful advice on film editing typically focuses on the technical aspects of the process. Familiarity with Moviemaker, Adobe Premiere, AVID, Final Cut etc will be an advantage, but it is not the primary subject of my advice in this blog.

Movie editing software may appear formidable to the beginner, volunteer, or amateur, but the reality is that you can learn the basics in half a day. Gaining a professional feel for editing process takes much longer, requires patience, and will not be everyone’s preferred activity.

Remember that attentive editing will take at least as long as your planning and production time filming added together.

There are many ways to make the process smoother and more efficient. There are also supplementary and specific problems for community film makers compared to corporate and commercial approaches.

Let’s admit at the outset that it is usually unrealistic to have all participants crowded around a laptop, attempting to view all the footage, at the end of a project.

Participants inevitably become disillusioned with the drawn-out discussions, disagreements, micro-changes, and tantalisingly slow pace. Demoralization and boredom is not your goal. No one is really happy with the final product, if you ever get that far.

Realize that the problems with the end points have their origin in the opening stages of the project.

Creative discussion and selection of topic, focus, and angle, need to be defined at the outset. These are a rough map, a sense of direction, rather than a prisoner’s cell.

(I don’t mean that you have to be too rigid in advance. That would be the death of a project in which, wonderfully, participants embark on a collective journey. But I will say that the characteristic emphasis on process, at all costs, can be disastrous for the quality of the outcome. Are we really aiming for mediocrity in which ‘everyone had a great time’ – do we really have to compromise? I am suspicious of those who police and enforce false binary oppositions such as planning and improvisation, fixed structure and organic evolution, process and product.)

Collective energy and community participation productively inform the storytelling and storyboarding of your idea or topic - at an early stage. A storyboard will be a guide-map for a smaller editing team to work from. A weak story or an incoherent sequence of events doesn’t impress anyone, and will alienate the community producers.

Some people like editing, others don’t. Find out early on in the project about people’s skills and preferences, and training requirements – don’t leave it all to the end.

Edit the film as you go along, in a rough and ready fashion. If you filled half a tape accidentally recording irrelevant chair legs there’s really no point wasting that space on your hard drive.

Respect people’s wish for their contribution to be deleted.

Review the day’s shooting with participants, if possible

Make notes on the best clips of the day. This is called logging. Invent the system that works best for you. Always label tapes or disks at the time of filming. Keep a note of the best clips, and the ‘who, what, where, when’ bits of information.

It should be possible to create a rough edit based on (1) a selection of the best material actually filmed; (2) the valued work of a trained editing person or small team; (3) referring back to the story and storyboard as guides.

In community film it is essential to allow participants to view and comment on the rough edit. Misrepresentation is a crime!

The rough edit screening is an opportunity for creative dialogue between the editor(s) and the other participants.

How can we make our film more relevant?

Despite our noble intentions - are we trying to appeal to too many disparate groups with insoluble differences between them?

How can we strengthen the people/character element of the story?

Is there anything that’s irrelevant, flabby or surplus? Are we lingering tediously over uninteresting shots?

What’s distracting our attention from the main message?

How can we make our film shorter? (We seldom encounter a community film that we would wish to be longer)

If there’s disagreement (excellent); if you can’t resolve it, why not identify an objective focus group for a screening of the rough edit?

Have the editors gone overboard on special effects? (Children in the sweet-shop syndrome)

There’s far more advice on editing – one could write a whole book on the subject, but I’m going to save the next cluster of tips until a later blog. 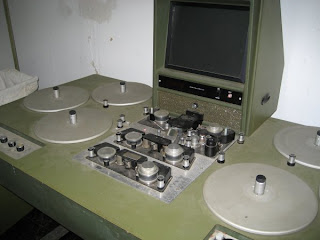 If you are an ‘old-fashioned’ film editor you will be lamenting the turn to digital media and fondly remembering the reels of film, dailies, rushes, the sheer physicality of cutting and sculpting your film. Films and documentaries took years to make and were seldom in reality produced on a low budget. Production belonged to an elite which sometimes produced wonderful works of social consciousness and poetic beauty.

I believe that the often missing strand of creativity comes from the quality of the community engagements, as much as it does from the power afforded by a liberating technology.

Barry Hampe’s excellent book Making Documentary Films and Reality Videos inhabits both old and new worlds. He reminds us of the need for technique and craft.

He notes that ‘Video editing is an intellectual exercise that is more like running a spreadsheet on a computer than sculpting a work of art […] And I think the best documentaries are sculpted rather than assembled.’ (289)

But it would be unfair to omit his recognition of the ‘possibilities for playfulness’ presented by new editing systems that allow all footage to be uploaded on your laptop. I absolutely agree with the advice that you need to be familiar with what the footage (digital clips) is saying – on its own terms – rather than what you intended/ planned to record, or thought you had shot. An editor needs to be patient. Take your time. Follow Hampe’s advice:

Play with the footage and hold off on making final decisions until you are really familiar with what you’ve got. It will make you a better editor. And you will make a better documentary. (290)

If you’re working with a notion of community participation in your film edit - rather than the solitary romantic master-editor -  then patience and the generous allocation of time will be valued post-production aspects of your successful project.


© Dr Ian McCormick.
But please do contact me if you want to use this article as a guest post on your blog, or in your community newsletter. With attribution offered I seldom refuse!

Dr Ian McCormick is the author of The Art of Connection: the Social Life of Sentences
(2013) ... also available on Kindle, or to download. A bargain!