Is it as easy as that? Your 3-minute film production guide 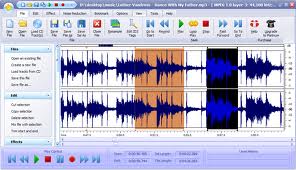 Making a film is an exciting project for any organisation, but what is involved is often poorly understood. But don’t be put off, it’s just a case of being clear about what you want to do at the outset.

A community film is a great way to bring people together because film-making requires a collaborative approach and a wide range of skills. The first point to consider is whether the priority is process or product.

A product-led film leaves most of the work to a commercial company and the focus will be on a highly-finished glossy product. Stakeholders will be consulted, but most significant roles will be undertaken by staff who are very experienced and highly trained.

Some people would argue that the process and product distinction is not as clearcut as it first appears; but thinking about your aims and objectives will at least help you to clarify what you need to do.

The 3 Stages of film-making

(2) The production or filming stage;

(3) Post-production involves editing and selecting from what has been filmed and the use of distribution formats such as dvd. Be prepared to spend 80% of your time on the first and third stages. You might also want to think about public presentations, screenings, discussions, online forums...

Target? Who is your finished film for? Is it aimed at the general public (to be posted on YouTube)?

Or is it intended more for internal use - for staff or service users? Perhaps a limited edition souvenir DVD ?

If the aim is to document an event such as an activity day then the project is already time-specific.

Remember that only the most dedicated participants will want to sit through a 3 hour film. A 5- minute film could be much more effective and practical.

A film can be very effective in shifting perceptions, in raising awareness and supporting your campaigning objectives. Perhaps the idea is to produce a promotional film that can be added to your website, or sent out as a DVD to your supporters. In that case it would be detrimental to end up with an amateurish product that suggests an unprofessional organisation. Shoddy communications will do more harm than good.

On the other hand real people talking about their experiences can be more powerful than the best actors! Try to think in terms of people and 'The Story' rather than idea and propaganda!

A job for everyone

If the emphasis is on process then the main resource will be volunteer time, people commitment and training, perhaps over 3 months.

There are as many roles as you have volunteers, and most of these will be behind rather than in front of the camera. Consider roles such as producer, director, camera operator, sound. Perhaps there is a role for a researcher and an interviewer (a community reporter).

You could also think costumes, make up, music-making, posters and publicity, ushers, refreshments …some people may have more than one role or job to do. So multi-skill to avoid boredom and lack of variety.

But the editing process can be quite complex and it makes sense to leave it to a small team or to one trained individual.

With professional suport, you may expect to pay $1000 or more for a 1-day film shoot to produce a 3 minute film. In briefing a film company be clear about how you want to engage the real-life community most effectively and ensure that ethical issues such as consent are fully understood.

If you are buying your own equipment prices start at £80 for a very basic flip camera; expect to pay £300 for a good camcorder, and over £1000 for a second-hand semi-professional camcorder. DVDs printed with cases cost about £1 each and online upload on YouTube or Vimeo is free.

It makes sense to consider a do it yourself approach if you have time to experiment, or if you budget is very restricted. Sometimes it makes sense to have professional support initially, and then transition to a more independent approach.

© Dr Ian McCormick. But please do contact me if you want to use the TEXT of this article as a guest post on your blog. With attribution offered I seldom refuse! Drop me a line.

Dr Ian McCormick is the author of The Art of Connection: the Social Life of Sentences (2013) ...
also available on Kindle, or to download.