The Real World of No Budget Films 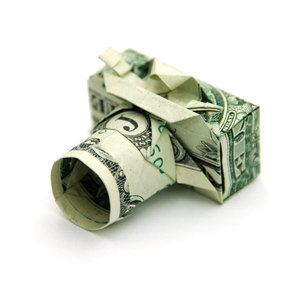 In pure, that is to say, realistic terms, a ‘no-budget film’ is a myth. Leave no- budget-film to rich kids. And over-hyped websites.

For the rest of us, having a plan, and having a budget are essentials, not just media hype.

It would be more accurate to speak about low-budget, non-commercial or volunteer-led film-making, rather than ‘no-budget’ film-making.


Let's also admit that a film can be made for next-to-nothing if you are living in an affluent country.

Let’s concede also that there are many ways to reduce costs, save money, and cut corners. Vision, versatility and sheer doggedness will get you a long way. But many of the 'costs' are simply transferred elsewhere:
It's social capital and social networks that provide opportunities for reducing the cost of film and allowing your film to get made. Also notice how important is the role of public institutions.

That said, 10 seconds of footage of human rights abuse, or a tsunami, or just an interesting POV - point of view, podcast or sound bite/ action shot on your mobile phone could have a significant impact and be sold by auction to a network, if you are in the right place at the right time.

You can shoot 2 hours on a flip camera for $120 - but that's six months' wages in the poorest parts of the world, and you still need a means to share it, such as computer access for upload, or a suitable TV for a local screening. Cheap but not free.


Is there an ideology behind no-budget film? I don't think that any school pf philosophy has an ideological monopoly on people’s film, indy media, or low cost film – whatever you want to call it. Indy or independent films have a long tradition of showing the life of 'ordinary' people, but they are often director or auteur led rather than being community-driven productions. Globally the population with easiest and widest access to production equipment, post-production software and distribution platforms (dvd/internet) is in the and . It’s material and media inequality on a vast scale.

It is also true that film-making is inherently collaborative but that doesn't stop it also being hierarchical. Even well-meaning community productions can end up being exclusive or selective at the post-production stage. Often it’s a case of time, skills and resources under pressure. So we have to think hard and realistically about participation and engagement. Are your volunteers just unpaid labour, or are they securing some kind of in-kind benefit from taking part? Are volunteers ‘extras’ or are they welcomed creative contributors and even co-creators?

Low-cost film-making is also about pragmatism and experimentation, about teaching and learning strategies. So just having a cheap camera and a 'philosophy' falls short of what I understand by community film as a participatory process. In this sense 'no-budget' may be a challenge, but isn't it also an insult, or a deception - concealing the actual costs? or failing to value the time and commitment of everyone involved.

For any low-cost community film-maker will be handling a toolkit of multiple theories and practical approaches. It takes time and thought to develop a conceptual toolkit; let's not forget that it is a precious resource.

But let’s just say this: the ability to make media such as film should be a human right, it's freedom of expression.

For participatory group work we often use the $120 flip camera - it's portable and convenient. Add a tripod for best results. It's ok for people and close up, but will not really give great sound or panoramic shots and has very limited zoom. I also like the Sony Handycams which use tapes and are about $200. An old one survived humid jungles on a 30,000 mile trip. For professional work I'd want to use the Canon XM2 and XL1, using dv tapes. These are about $2000 second-hand, or $80 a day to hire.

You can edit a film on a basic level in your camera or phone, bit it's a bit trick and clumsy. You can edit online on some sites when you have uploaded your clips if you have computer access. There's free software with MS Windows such as Moviemaker. That's very easy to use. For longer more complex films I'd use Adobe Premiere Pro for PC or Final Cut Pro for Mac. But these are very expensive so you would need a volunteer editor.

A decent tripod is essential - then there is basic sound and light equipment...

(Try working with a NGO/charity or a college/university to gain access to edit suites or to borrow equipment; maybe you can find a private business partner or sponsor?)

The distribution of non-commercial or low-budget films has flourished. Youtube is an obvious example. But how much of YouTube represents the interests of white middle-class Americans - in production and consumption? The specialist sites are much more interesting - see attached list of websites.

Many cinemas can now project dvds so that is having an impact on 'live' screenings too. What's more important is the distribution context - critical discussion and debate. I’m also very interested in cross-over activities e.g. a music concert or festival showing community films as part of their offering - it widens the variety or spectators and creates a new community of interest.

I was asked recently about going to . Fat Chance. Yet your no budget sites appear to offer that horizon of opportunity for you. I just can't imagine what I would do in , it has nothing to offer me. It's a bad dream factory and that's all it is. And I don't think that the alternative scene such as Sundance is accessible or really that relevant either. Are they really poor kids engaged in the transformation of their local community? For them community participation means buying the merchandise and brands associated with their work.


The documentary scene is much more radical and more interesting. I'm also really interested in how participatory video and (auto)ethnographic could be developed alongside the praxis of community development and engagement. It's also about watching and critiquing films as much as making them - you really can't separate these elements - they are folded into each other.

Film can have a big impact at negligible cost if they become popular online. But we also need to think contexts - associated blogs, discussion, debate, virals, search terms, facebook, twitter etc. Your film can enter a dialogue much more easily now, so someone with a drug problem in and speak to someone in Mumbai. And maybe do a deal too.

"30 ways to put community into film"