What is Community Film ? 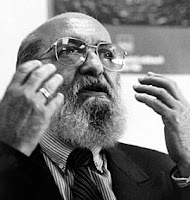 "Community film" is a variety of practices and approaches that interrogate the dominant use of "film" and "cinema" in association with a global, big budget "industry".
"Community film" draws on the democratic and participatory potential of new technology which has decreased the cost of entry for new film makers, new distributors, and wider, more interactive audiences. Taking the argument further, the traditional power triangle of film maker-distributor-spectator can also be challenged and opened up.

As a global movement "community film" preserves the integrity and identity of the local community (and importantly, dialogues between local groups) against the homogenization of the the dominant transnational industries that seek to erase distinctive voices in order to create their commodities and oppressive brands.

As an example of organizational practice and methodology "Community film" draws on and emphasizes the collaborative nature of film making. The focus is on co-operation and team work rather than the self, the ego, the auteur, and the hierarchy that dominates mainstream cinema. Community film considers that by employing more collectivist approaches than the "industry" it can be liberating for communities and can also develop creativity rather than holding it back.

"Community film" encompasses a range of sustainable tools and emerging tool kits for the creative liberation of citizens and the planet.

By working on a smaller scale than the global film industry "Community film" combats the specialization and alienation that big budget films incorporate as business practice. In "community film" the individual will have the opportunity to undertake a variety of roles and to learn a range of skills. Formal qualifications and traditional film industry experience are not required. "Community film" places a greater emphasis on a willingness to learn, to experiment, and to take creative risks.

"Community film" embraces and celebrates social documentary and political film approaches but does not confine itself to seeking participatory solutions to a specific social problem. Any group of individuals coming together to make, watch and discuss film constitutes "community film" in action. Traditional notions of the trained professional crew,  the film set, scripts, and acting skills, are not essential to the "community film" practice.

"Community film" promotes (1) visual/media literacy and (2) digital media participation as basic human rights. The first implies an ability to interrogate and discuss film and other media, rather than to be shaped as a passive consumer of the entertainment industry. The second entails opportunities for ownership of the means of production.

Furthermore, "community film" argues that active participation informs and alters literacy. It does not make sense to have one without the other. We would not tolerate a culture's claims to freedom and citizenship in which the majority reads but only a minority is empowered to write.

"Community film" asks questions in order to promote liberation. What's inside the frame, and what's outside? who is holding the camera? why this story rather than that; how was the film assembled and edited? who owns the film? who profits?

"Community film" proposes that finding answers can be a shared practice.

A "Community film" definition or manifesto cannot fully describe or prepare for community film solutions which will of necessity be practical, local and specific. A finished manifesto is a straitjacket that holds back the creative life and energy of the people who have come together to make, watch and discuss community film.

"Community film" promotes open dialogue and global debate about its own development as a practice.

Rather than attempt to provide an answer or a solution that is systematic, fixed, or closed, I have sketched out several ideas that provide fluid, open, branched-out answers. They are options and opportunities rather than a strict programme. They are designed to provoke discussion and are a call for action. 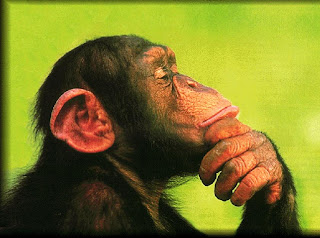 Something to think about - Agree? Disagree? Unsure?


A Community Film (is)
Not a toolkit or a rigid methodology

A dialogue between creativity and critical analysis

A media process or product that contributes to social change, empowerment and social justice

A way of building the social capital of the community

An opportunity for reflection and dialogue with other communities

Produced by volunteers, social actors, community participants and their supporters.

Economical with resources and sustainable

Broadly educational: building skills and confidence for individuals and the group

Designed to showcase democratic and inclusive processes and their outcomes

Creates something worthy of its participants’ efforts

Captures the passion of the people involved or represented

Equipped to provide a body of evidence that counts as research

Committed to finding new ways of engagement through Web 2.0

Works alongside other modes of activism and forms of communication

A form of advocacy for social causes

A personal narrative of public value

How do we mean to proceed to answer the question, What is community film ?

"To achieve this praxis, however, it is necessary to trust in the oppressed and in their ability to reason. Whoever lacks this trust will fail to initiate (or will abandon) dialogue, reflection, and communication, and will fall into using slogans, communiques, monologues, and instructions. Superficial conversions to the cause of liberation carry this danger." 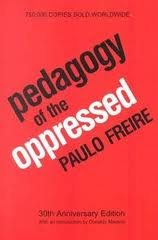